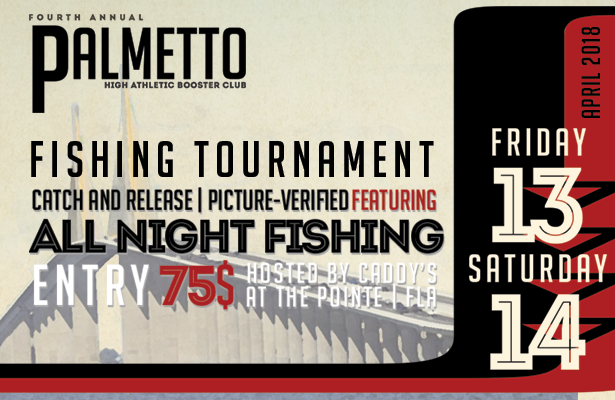 In our 4th year of hosting the tournament, this year’s event is already shaping up to be the biggest and best yet! We’ve partnered with Caddy’s at the Pointe for this year’s Captain’s Meeting, and Tournament Finale. Taking place April 13th through April 14th, our tournament continues to be one of the most affordable tournaments in the area at just a $75 per team entry fee with all proceeds benefiting Palmetto Athletics. Get your team together and get in this event soon!

Registration is at 6:00pm | Captain’s Meeting at 7:00pm. ALL CAPTAIN’S MUST BE IN ATTENDANCE.

***ONLINE REGISTRATION IS NOW CLOSED. You can still sign up at the Captain’s Meeting at Caddy’s April 13th.***