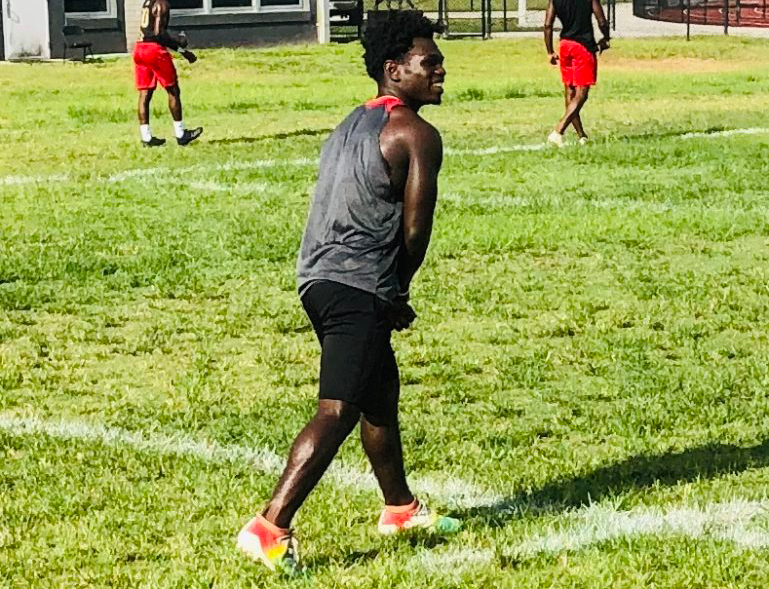 From the moment Eddravian “Bubba” Butler stepped foot on the Football Fields of Palmetto High School he was “One of the most explosive and elusive players we had on the team” according to Head Football Coach Dave Marino. Bubba has performed his elusiveness at Running Back and Wide Receiver over the past 3 years playing for the Tigers. All the while performing these remarkable feats as an undersized 5’7” 150 pounds. Eddravian has worked extremely hard this Offseason under the mentorship of Defensive Coordinator / Head Strength Coach Pat Cucci. According to Coach Cucci “Bub has increased his weight to 165 pounds, while making significant strength gains”. This commitment earned him the honor of being named a Captain for the Spring Game against Sarasota Riverview helping lead the Tigers to a 44-21 victory.

This summer he picked up right where he left off this Offseason and is working relentlessly to continue to make strength gains while increasing his weight. When interviewed by Tigers Sports Staff he stated “My individual goals are to score at least 2 touchdowns every game and to grind hard this summer to help the team get to States”. Eddravian has been electrifying to watch every Friday and if he’s a man of his word this fall should prove to be much of the same. The Tigers will be leaning on him more at Running Back this season due to the graduation of their 2 running backs Johnnie Jones and Corian Brown. The way butler is working there is no doubt he can handle the extra load being asked of him to carry. According to Offensive Coordinator Tyler Stoldt “When we Game Plan the topic of every conversation is we need to get Bub the ball”. With the supporting cast of teammates there is no reason why Eddravian and the Tigers should not have success and attain all their goals. Get ready Tiger Fans for some exciting Friday Nights.