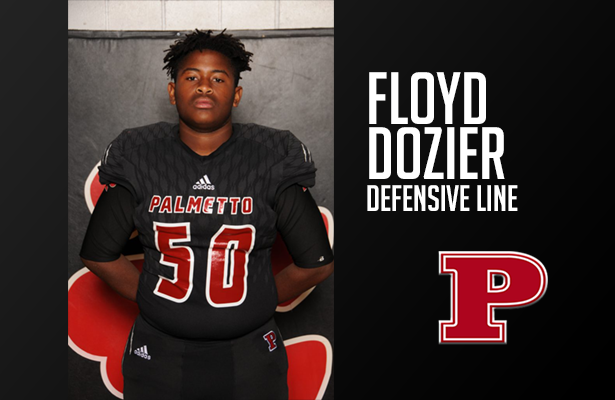 Sophomore sensation and now rising Junior Floyd Dozier was the most dominant Defensive Lineman the Tigers had this past season. As a result of his outstanding Sophomore season he has received much attention during the Spring Recruiting Season from many D-I programs such as Louisville, UCF, Illinois, and Rutgers just to name a few. This attention Floyd is getting has not gone to his head but instead has provided him the extra motivation to work even harder this Summer.

Because of his work ethic and relentless pursuit of perfection he’s earned the respect and admiration of his teammates to the point where the nominated him as a captain in his Junior year. He served as one of our Captains this past Spring Game and helped lead the Tigers to a 44-21 victory over perennial powerhouse Sarasota Riverview. According to Head Coach Dave Marino “Floyd has improved so much with his strength as well as his technique”. Coach Marino has high expectations for Floyd and is looking forward to watching him progress and help lead this 2019 Tiger Team.