An Overtime Thriler in Palmetto! Palmetto vs Manatee 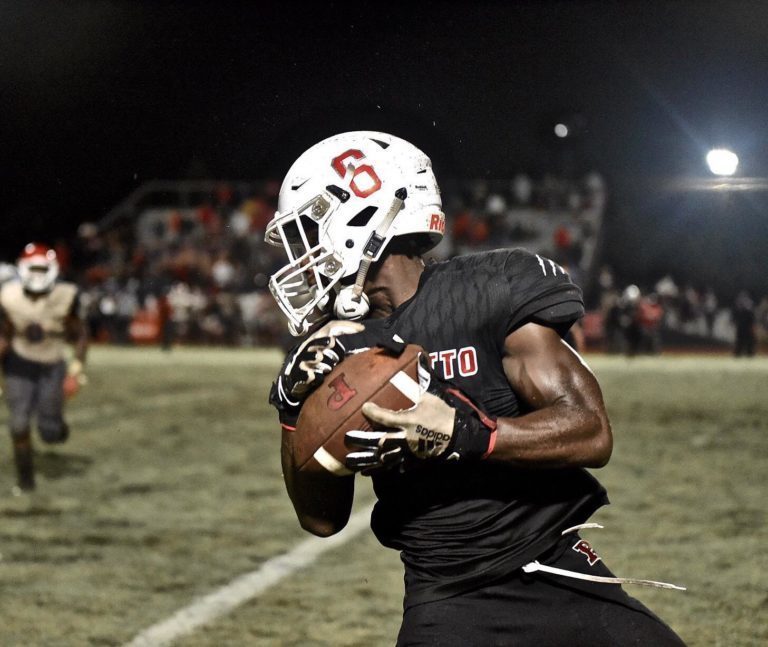 The Palmetto Tigers took on our Cross River Rivals, the Manatee Hurricanes, on August 30th, 2019. Weather was a huge impact on the game, with lightning delaying the game for 1 hour. Even after the long wait, fans were still hungry to stay and cheer our Tigers on. The first half was slow with both teams playing outstanding defense. During the 2nd quarter, the Tigers gave up 45 yards in penalties which allowed the Hurricanes to reach the 3 yard line. Despite this, the Palmetto defense came together and forced a fumble that was recovered by Senior Linebacker Mikell Brown. Manatee responded quickly with the Tigers backed up in their own territory and caused a safety. Both teams went into their locker rooms at half with the Hurricanes up 2-0. The Palmetto offense came out of the half slow and turned the ball over. Manatee was driving down the field and managed to get into the red zone. Junior Defensive Tackle Myles Ormsby was coming off of concussion protocol but when his number was called he came up big with a sack to stop the Hurricanes drives cold an force them to take a field goal putting the ‘Canes up 5-0. In the fourth quarter the Tigers hit pay dirt; Senior Quarterback Xavier “Zay” Williams scored his first rushing touchdown of the night. After a failed 2 point attempt, the score was now 6-5 Tigers lead. Late in the 4th quarter, the Tigers stopped the Hurricanes and got the ball back. Zay Williams threw a deep ball to Junior Wide Receiver Zorian Geathers, (who started after an injury to star Senior Wide Receiver, Kobe Mays) who took it all the way down to Manatee’s 15-yard line. Even with the great field position, the Hurricane defense stood tall and forced a fumble on the 3-yard line. Manatee now with the ball, threw an interception to Mikell Brown and he takes it back to the 6 yard line to get the Tigers offense back on the field. Senior Wide Receiver and Running Back Eddravian “Bubba” Butler ran up the middle for a Tigers touchdown making it a 12-5 game after a missed PAT (points after try). With 1 minute left, the Hurricanes scored a touchdown to tie the game 12-12, forcing the game into overtime. The Hurricanes got the ball first but the Tiger defense pulled through and forced the ‘Canes to kick a field goal. Manatee’s kicker Axel Lepvreau is a top notch kicker but that Tiger defense forced him to rush his kick which bounced off the right up right. On 3rd down, Zay Williams took a QB Sneak into the endzone for a Tigers touchdown. The final score was 18-12, with your Palmetto Tigers winning the game. The Palmetto Tigers are now 2-0 on the season and are getting ready to take on the Riverview Rams at the Ram Bowl on Friday, September 6th at 7:30 PM.