Thriller at the Ram Bowl 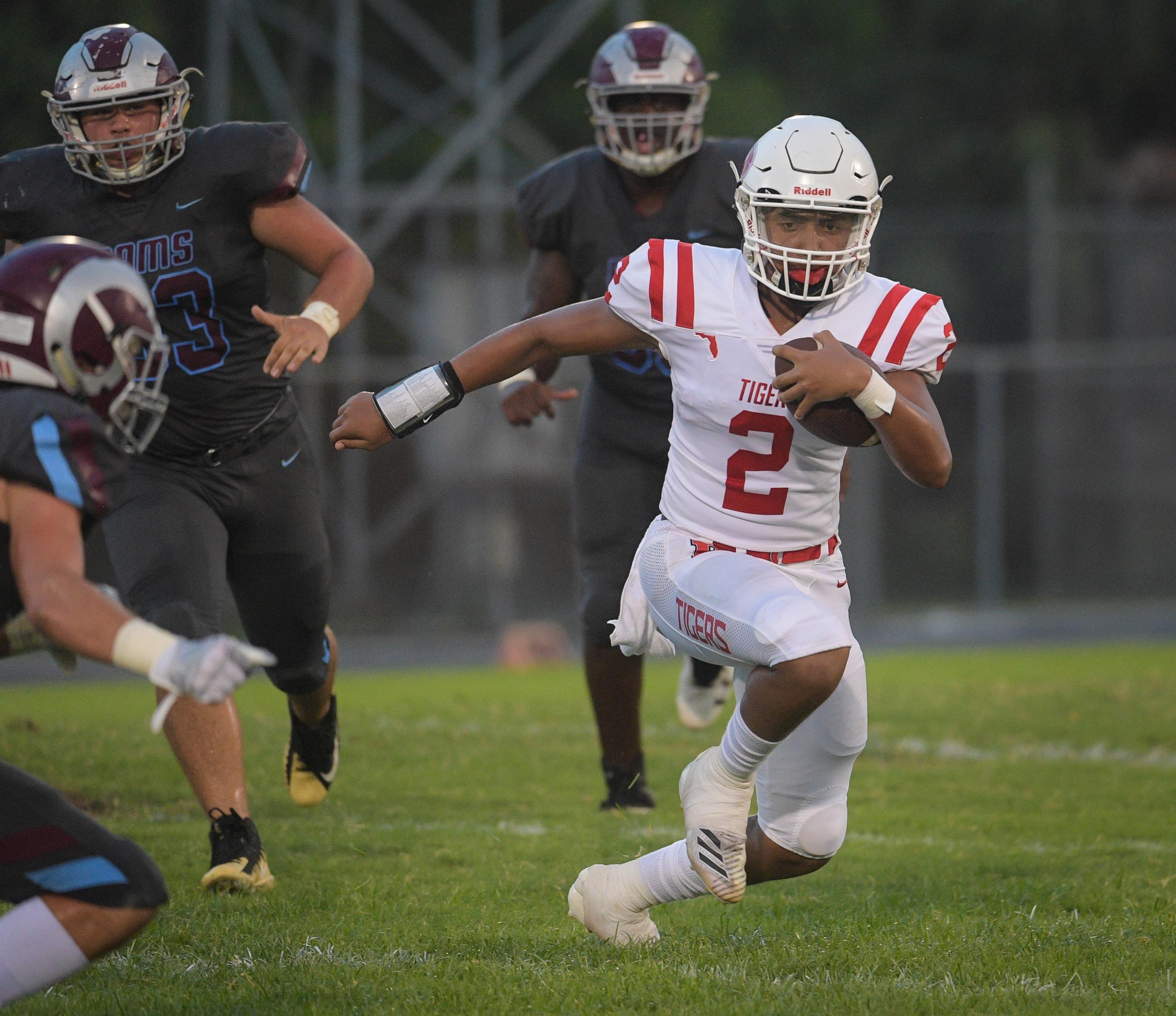 The Palmetto Tigers took on the Riverview Rams September sixth. The Tigers elected to receive the opening kickoff they then drove the ball down the field on their first offensive drive. But after an officiating mistake inside the 5-yard line, the Tigers got cheated out of a down which very well could’ve cost them a touchdown and they ended up having to settle for 3. The game was then delayed due to lightning shortly after the score. The Rams then came out and began to drive down the field. Daemon “DaeDae” Hill then intercepted the ball on the Tigers six yard line then returned to the fifty and fumbled the ball which was then caught midair by Kendall Reynolds who then finished the play from the 30-yard line and scored. There was then a long ball touchdown from Xaiver Williams to Lajohntay Wester. At the end of the first half, the Tigers led 24-13. The first half was great for standout corner back Daemon Hill ending it with three interceptions. The Rams began the second half with the ball and drove down the field and scored a touchdown. The Tigers then got the ball back at the 23 yard line and scored on that drive due to physical play touchdown by Sagel Hickson. The Tigers defense then forced the Rams to punt. Xavier Williams then ran the ball on a read option into the end zone making the score 38-20. The Rams would go on to score one more touchdown on the final drive of the game.

The Palmetto Tigers pulled off their first road win of the season to bump them up to 3-0 on the season. This is the first time since 2011 that the Tigers started off 3-0 and that year ended up  with them being state semi-finalists.